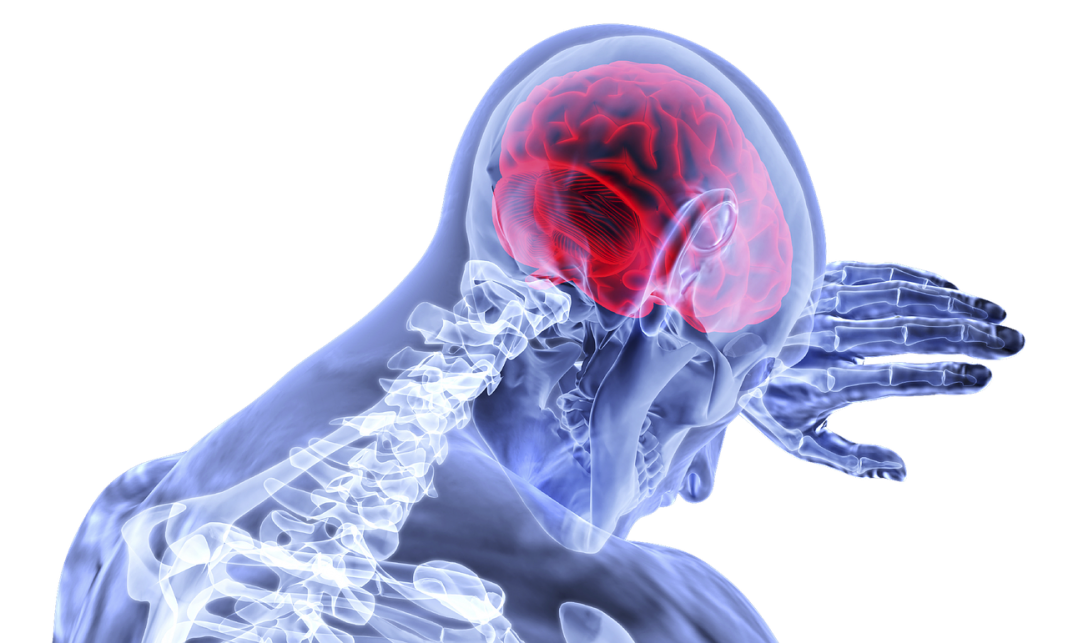 We – our office – are constantly seeking deeper understanding and also treatment of “complex chronic diseases”, e.g. Multiple Sclerosis or Amyotrophic Lateral Sclerosis or other neurological issues that remained unnamed.

Following here a study that I found upon researching therapy protocols for Babesia, as my supervisors regarding lyme and coinfections (german physicians) told me they have no expierience with Babesia

We are having at present 2 patients with “complex neurological problems” with positive Babesia lab-titers and I am unsure wether I need to treat them or just accept the IgGs.

Doing my literature-search I stumbled over this amazing case-report from 2006 regarding a fully cured patient suffering “almost certain ALS”.

This report summarizes what we believe to be the first verifiable case of a significant and progressive motor neuron disease (MND) consistent with amyotrophic lateral sclerosis that resolved during treatment with i.v. ceftriaxone plus oral atovaquone and mefloquine.

The rationale for use of these antibiotics was (i) positive testing for Borrelia burgdorferi
and (ii) red blood cell ring forms consistent with Babesia species infection. The patient has continued to be free of MND signs and symptoms for 15 months, although some symptoms consistent with disseminated Borreliosis remain.

Initial hospital evaluation revealed limited range-of motion of both shoulders, widespread fasciculations in both calves and hyperactive reflexes in all extremities. Extensive laboratory, imaging and electrophysiological studies were non-diagnostic.

Discharge diagnosis was upper and lower MND of unclear cause – possibly ALS.
Clinical neurological follow-up showed progression over the next 2 months, with increasing weakness, fasciculations in all extremities and tongue, moderate atrophy of shoulder girdle, leg and arm muscles, and an associated 15-pound weight loss.

Hyperactive reflexes became crossed and ascending. Two of four consulting academic neurologists diagnosed almost certain ALS; two with more limited involvement supported the MND diagnosis but disagreed as to certainty. Regardless, professional judgment was consistent that this was an MND, with the rate of progression suggesting demise as early as 12–18 months Based on the atypical presentation with concurrent inflammatory polyarthropathy and sporadic published reports of serologically negative Lyme disease with ALS features,(13–15) an empirical trial of doxycycline, 200 mg/day for 1 month was given in June 2003 without apparent benefit. In December 2003, serum Western blot (WB) and antibiotic-provocative urinary PCR studies for Borrelia were  performed.

Although IgG and IgM WB remained negative, the urine PCR was positive for B. Burgdorferi plasmid DNA. Except for a small gammopathy, cerebrospinal fluid was normal, with negative Borrelia PCR and WB. In peripheral blood, occasional red blood cell ring forms were detected by light microscopy, possibly considered to be a Babesia species.

Ursodiol was also given to prevent ceftriaxone-induced bile sludging. The patient was concurrently placed on an accepted oral anti-Babesia regimen of Atovaquone, 750 mg BID for 21 days in each of the first 3 months. Azithromycin was withheld to assess
ceftriaxone effectiveness as a substitute. Patient improvement was rapidly evident. By
10 weeks of therapy, improved stamina, mobility, vitality, initiative and social engagement were unmistakable. Objective muscle strength was significantly improved and muscle atrophy was visibly diminishing. After 12 weeks of ceftriaxone and atovaquone, assistance was no longer required for mobility, and squats became possible for the first time since presentation. Muscle cramps, myoclonus and fasciculations were diminished, but reflexes remained hyperactive and crossed. All arthropathy resolved early, despite cessation of prior methotrexate injections.

After the patient’s initial 12-week IV ceftriaxone course (Feb–May, 2004), that drug was
continued intermittently at 2 or 4 g daily. Sporadic ceftriaxone cessation after 12 weeks resulted in partial return of signs and symptoms typical of disseminated Borreliosis (14, 16), but with improvement on re-infusion. Atovaquone was discontinued after three 21-day courses followed by a 1-month hiatus, then oral mefloquine, 250 mg weekly for 6 months (ending November, 2004). Motor neuron signs and symptoms continued improving. In February 2005, 1 year after initiating antibiotic therapy, the patient’s ALS experienced neurologist found him to be apparently free of objective MND signs. Resolution of the patient’s MND has persisted on periodic examinations to the present (June, 2006).

The patient remains on intermittent ceftriaxone only to control non-motor neuron symptoms. Notably, no adverse effects have been seen related to prolonged use of IV ceftriaxone or the anti-Babesia drugs.

Our case presents three additional factors that are novel in the treatment of MND: (i) ceftriaxone was used at a higher level than in the past (4 g daily), (ii) two infectious
agents emerged as credible participants and (iii) anti-Babesia antibiotics were used. Coinfection with Borrelia and Babesia has produced more severe clinical symptoms and prolonged illness in patients with these tick-borne diseases (24). Thus, the aetiology of MND may involve more than one infectious agent, and treatment of MND may require diligent screening for these infections and a more complicated antibiotic regimen than previously envisioned.

I had a patient – about 26y old male – suffering from “chronic progredient multiple sclerosis” having symetric wasting of all 4 extremities and the body. It simply didn’t look or feel like MS but rather like ALS. Borrelia negativ in Eliza, Westernblot and LTT (!!!). When he came to our watch he could walk about 500 meters.

Only after we removed mercury fillings the serology converted suddenly being moderately positiv in Eliza test, walking distance about 300m.

We started him on our protocol (Azithro + Tinidazole) without any response, he got weaker and weaker, 200m walking distance.

Our hospital neurological ambulance was no help “what else should it be than MS” they said, without offering any new MS-foci in the brains MR-scan.

OK, so we started him on Coimbra-protocoll against multiple sclerosis which is some kind of moderate immuno-suppressive program using very high doses of vitamin D.

He got slowly but constantly weaker 100m finally only 50m, the wheel chair was in sight!

As there was no positiv response on our usually good working antibiotic protocol and lyme was the only culprit that we found, I could persuade him to go to St. Georg Clinic in Bad Aibling for high-temp-hyperthermia. They have amazing results (also on some ALS-Patients).

(twice:  43° C Stem- and Brain Temperature for about 2h in anesthesia).

Since then his deterrioration stopped, last time I phoned with him he was back at 300m and increasing walking distance.

“I was giving a talk in Sweden and I met a former pupil of mine being now in this hospital as boss of the pathology department. He asked me to follow him down into his basement, opened the head and the backbone of a patient that just died of ALS. We took a swab of the brain as well as the spine and had a look in the microscope. Totally filled with Borrelia, the entire picture. My friend told me: every patient with ALS that he autopsized was completely filled with borrelia in his large neurological structures”.

Treating ALS with hyperthermia is very sensitiv and maybe dangerous. Dr. Douwes told me last year that he did 4 patients, but that 2 patients needed temporarely assisted breathing and ICU after hyperthermia because their strong herxheimer reaction. They all recovered from side effects and were much better after some weeks or months. So having seen the Lyme infestation in Sweden and having done this patients he is convinced of Borrelia as tha main factor of Amyotrophic Lateral Sclerosis.

I dont know how many ALS-Patients they have done in the meantime, I guess Corona-Virus has shut down the hyperthermia because they are now the main corona-clinic of the district he told me lately on the phone! 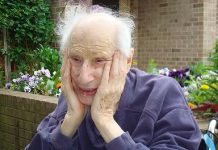 Amyotrophic lateral sclerosis – there could be an effective treatment 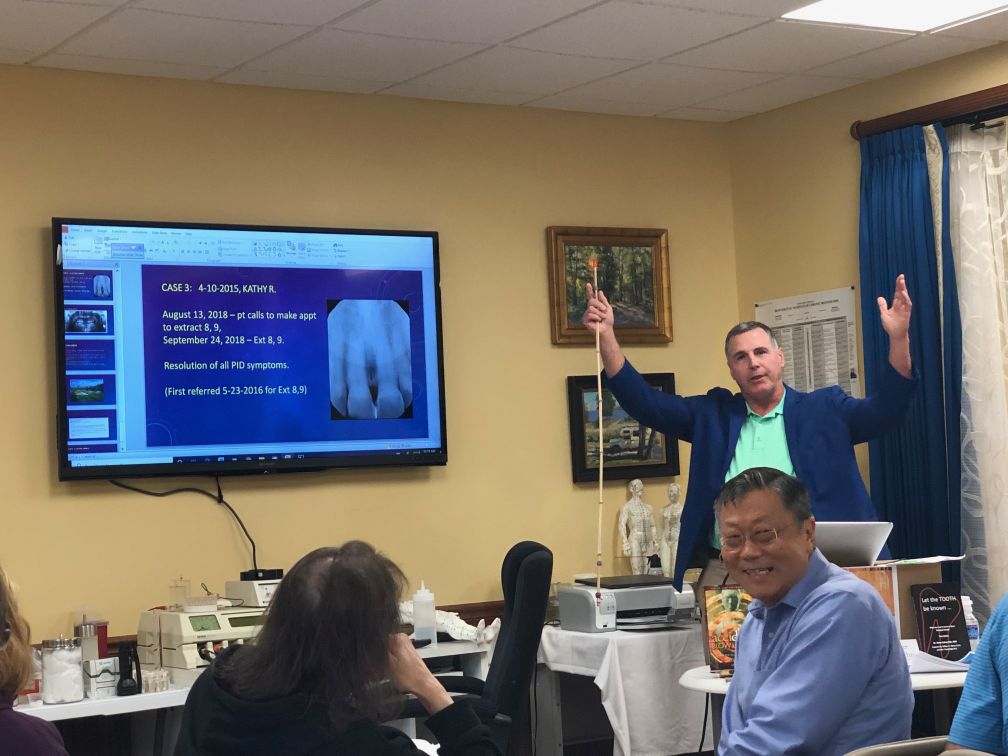