Cells that have divided up to the Hayflick limit remain in the body as ” senescent cells ” and constantly send out inflammatory emergency signals that cause many problems in the body:
pain, inflammation, cancer, tissue degeneration, scarring, calcification …… .

The resulting “senescence” diseases are, for example

and certainly one will soon understand many more diseases of old age as typical senescence disorders!

Eliminating the senescent cells is one of the most important anti-aging strategies , it’s called SENOLYSE , I wrote an article about it years ago ->.

In the anti-aging field, senolysis is one of the most important factors in promoting health and is actually also the prerequisite for successful stem cell therapy.

South America doesn’t have the bans on embryonic stem cell therapy that we introduced 30 years ago and that’s where this fantastic regenerative medicine has moved that no longer chops up embryos to generate stem cells, but instead extracts the placenta or an umbilical cord:

Placenta or umbilical cord stem cells settle in diseased areas of the body, where they secrete their exosomes, which then activate the local endogenous stem cells for regeneration. The foreign stem cells only live in the body for a few months and then die off, but they have brought about regeneration in a very short time (see interview by Tony Robbins on his own stem cell therapy in Panama and his new book LIFE-FORCE).

I believe that the heterologous exosome concentrates are also “permitted stem cell therapy” in the EU, since some companies advertise this, e.g. here ANOVA or here at the University of Ulm . There have even been experimental exosomes at university clinics in Austria .

Officially, however, I don’t know of any facility or doctor that offers this here in the EU.

In Europe we are only allowed to work with AUTOLOGICAL (body’s own) stem cells .

For about 35 years we have been using routinely in oncology for leukemia and the like. autologous stem cell therapy :

the own stem cells are extracted from the blood with a plasmapheresis-like procedure, the leukemia patient gets a mega-chemo which completely destroys the entire bone marrow including the leukemia cells and the bone marrow and the immune system are then regenerated with the above of the chemo isolated stem cells.

In the private sector of regenerative medicine, the technically quite simple bone marrow stem cells or adipose tissue stem cells have established themselves here in Europe :

the stem cells are centrifuged off from bone marrow aspirate or liposuction and injected back. I learned how this works in Brussels and filmed it .

These procedures are mainly performed by plastic surgeons and orthopaedists in a special, higher-priced client segment.

Unfortunately, we do not have this regenerative medicine available for many of the old suffering patients – eg with Parkinson’s – or with autism, because they simply cannot afford it!

By the way: I found the Trazodon sleeping pill to be effective for the onset of Alzheimer’s and I can confirm this from my practice.

The wonderful PROLOZON therapy is available for broken joints (arthrosis) . Anyone who hasn’t seen it live simply cannot believe how much one can regenerate broken knees, for example -> Articles with testimonials

Stem cell therapy does not make people live longer but suffer much less:

Funding from state institutions would certainly have a very positive effect on health budgets and would not increase/extend pension payments.

from research into practice – senolysis with DASATINIB x QUERCETIN

Dasatinib is a drug for chronic leukemia, very effective, I have several patients in my practice whose leukemia has almost completely disappeared. These patients use the preparation tw. over many years, I don’t actually see any side effects.

Quercetin is a natural substance that perfectly complements dasatinib

Fisetin is a natural substance that also has a senolytic effect.

Spermidine activates autophagy (the breakdown of senolytic cells) and could also be used.

here in the article I abbreviate the combined senolysis therapy with D+Q . It is also important that D+Q crosses the blood-brain barrier and is therefore also effective in the brain!

James Kirkland from the Mayo Clinic is the mastermind here and has most of the studies on the subject.

Costa Rica / RMI –> autologous blood stem cells harvested from your own blood. Potent SENOLYTICA are given for a few days.

2019 – chronic diabetic kidney failure : was performed on 9 patients with D+Q, all senolysis markers in the blood, adipose tissue and skin are significantly reduced

2021 – Intestinal inflammation and the microbiome are significantly improved by senolysis with D+Q, super extensive study on mice

2022 – Clinical trial underway for Q+D in Alzheimer’s in humans , the TAU proteins are mainly secreted by senescent neurons!

Lance Hitchins is 71 years old – not a doctor but well trained – and has dedicated his life to anti-aging medicine. try everything on yourself. Lance was in Costa Rica and did D+Q and autologous stem cell stimulation (which I will describe in the next article) and reports positive effects

the therapy of the institute in Costa Rica is in principle both permitted and relatively easy to do, since it is about approved dietary supplements and tumor therapeutics with routine millions of uses over many years by practically every doctor.

we will probably finally get the TELOMER measurement next week from the company Ganzimmun and Biogena (we will soon be a Biogena diagnostics base ). I’m still looking for
the measurements of the senescent cells via ß-galactosidase , thanks to anyone who has any information here!

Off-label as an individual attempt at healing, one could consider D+Q senolysis with the corresponding subsequent stimulation of the body’s own stem cells. In any case, this therapy would be in a price range that is also possible for retired housewives or “normal mortals”. 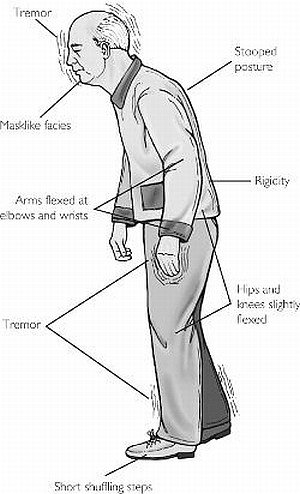 I’m mainly concerned with the terrible Parkinson’s and dementia . The patients live locked up in a decaying body – often for as long as they would be healthy, require a high level of care and have severely reduced quality of life in comparison.

Even if we can eliminate the sometimes triggering borrelia , the autoimmune disease or the heavy metals and tooth foci , the damage that has already been done usually remains, in the best case we only slow down the degradation with good therapy or in the best case we can stop it – that is often far too few because the patients only come to us at a late stage!

By the way: I found the Trazodon sleeping pill to be effective for the onset of Alzheimer’s and I can confirm this from my practice. 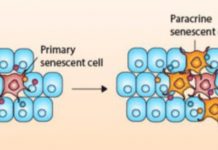 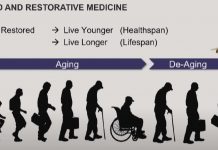 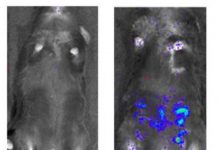 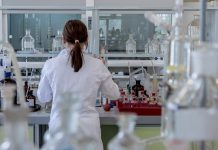 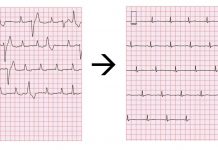